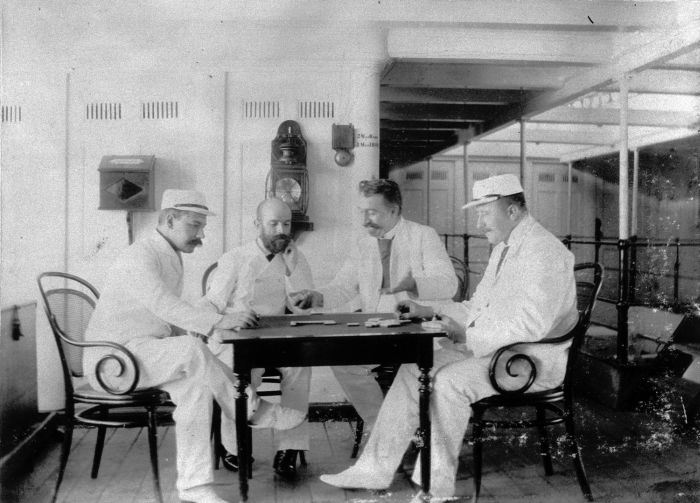 Dominoes evolved from dice. In fact, the numbers in a standard double-six domino set represent all the rolls of two six-sided dice. A set of Chinese Dominoes contains all the possible combinations (including duplicates). Accoding to Wikipedia, "The earliest mention of dominoes is from Song Dynasty China, found in the text Former Events in Wulin. Dominoes first appeared in Italy during the 18th century, and although it is unknown how Chinese dominoes developed into the modern game, it is speculated that Italian missionaries in China may have brought the game to Europe."

Great job Art and Mercedes. Your talent is undeniable!! I still have our wedding gift you made out if our invitation. I always thought that was a special gift. A true work of art. Congratulations! When one is able to make a living doing what he loves, it is not considered Work. It's Art!!

Don't mind spending my hard earned money with someone that makes me feel important. When on the phone you never made me feel like u were rushing me answering all my questions and getting back with me in a resonable amount of time thank u Mr.Art.

I thought the domino story was pretty cool. Thank for sharing it.So I come to Domenican Republic to visit a friend, we went to visit few of his Domenican friends. I speak some Spanish one of his friends asked if I know how to play domino, I was surprised because growing up in Albania, everyone plays dominoes, every caffe place park, you see elders playing dominoes, cards and othe games.I was suppressed, how much in common this two countries have., like family oriented, rice & bean their main dish, very friendly hospitable people. Even the way they serve the coffee is the same in small cups, but Albanian drink Turkish coffee, (powdered coffee) I was told that's what Cuban drink also, so my next trip is going to be in Cuba.

We are a new organization attempting to do something with Spades and Dominoes that hasn't been done in America Please share and or donate to our efforts.gf.me/u/yqbis2